Public Opinion Survey on Judiciary and Prosecution in Armenia 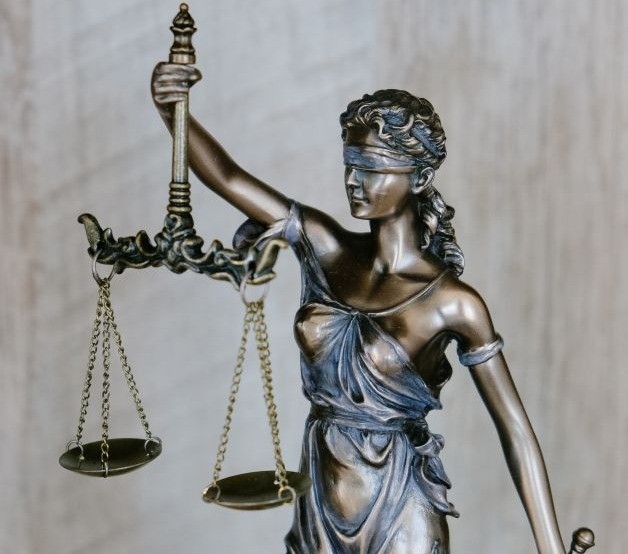 R-insights Research Company has implemented a public opinion survey among 3000 residents of Armenia, in April-May, 2022. The survey aimed at measuring public perceptions of the judicial system and the Prosecutor’s Office in Armenia. More specifically, the overall public perception was measured through uncovering: a) the level of awareness and knowledge of the courts, Supreme Judicial Council the Prosecutor's Office; b) experience of interaction with the mentioned institutions and c) attitudes towards these institutions, including level of trust and image perceptions.

The survey was initiated by the “Consolidation of the Justice System in Armenia” project implemented by German Foundation for International Legal Cooperation (IRZ) within an EU grant.

Data was collected through CATI method in the period of April 1st to May 7th, 2022. The respondents were selected in accordance with the Random Digit Dialing principle. The sample structure represents the proportions of population of Armenia across administrative regions. Margin of error is ±1.8%, the confidence level is 95%. 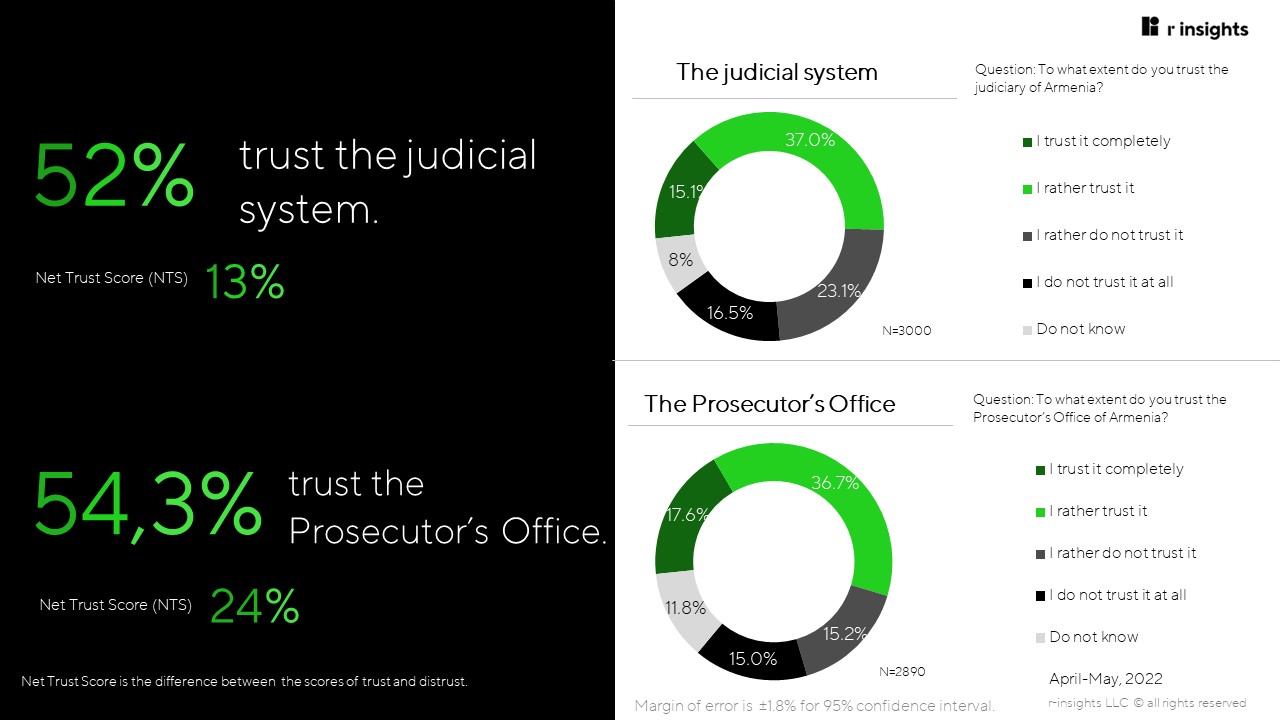 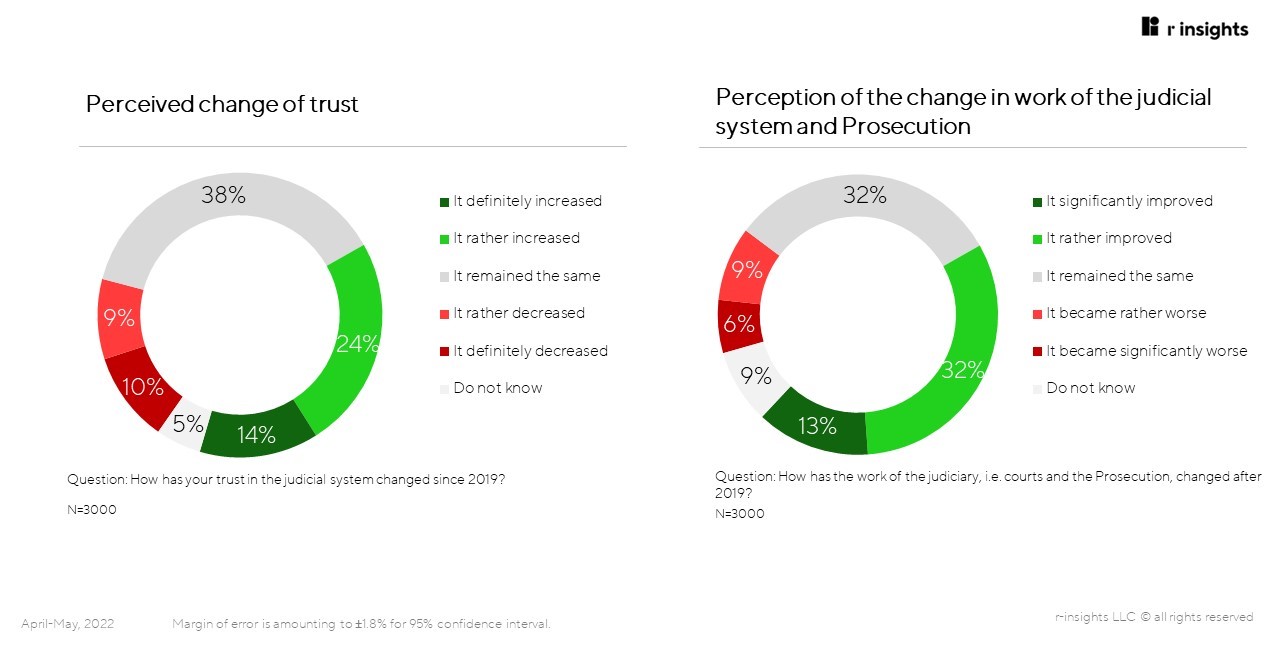 The respondents who tend to trust the judicial system, believe that the system is impartial (18%), assures the rule of law (8%), the professional qualities of the judges are high (5%) (top 3 reasons are mentioned). It is noteworthy that 8% of the respondents found it difficult to articulate the reasons behind their trust.

The respondents who expressed distrust towards the judicial system, justified the distrust by stating the system is not impartial (11%), the system is corrupt (7%) and it does not assure the role of law (7%) (top 3 reasons are mentioned). 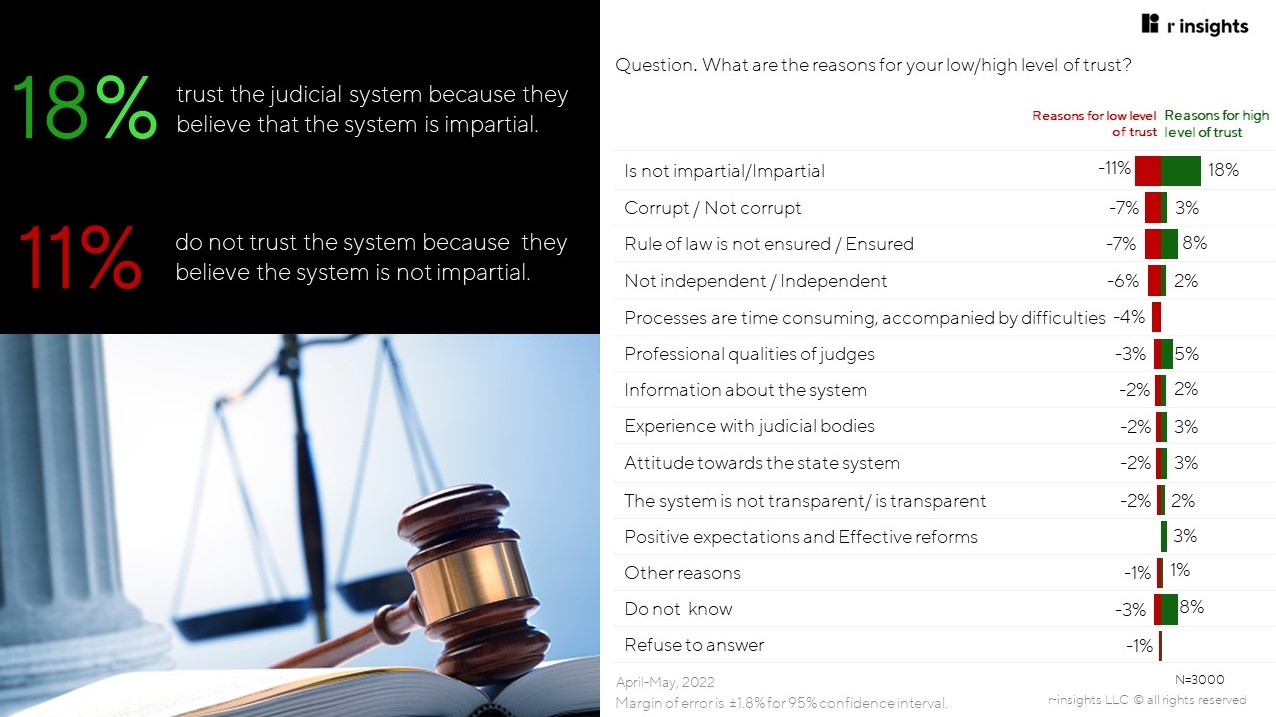 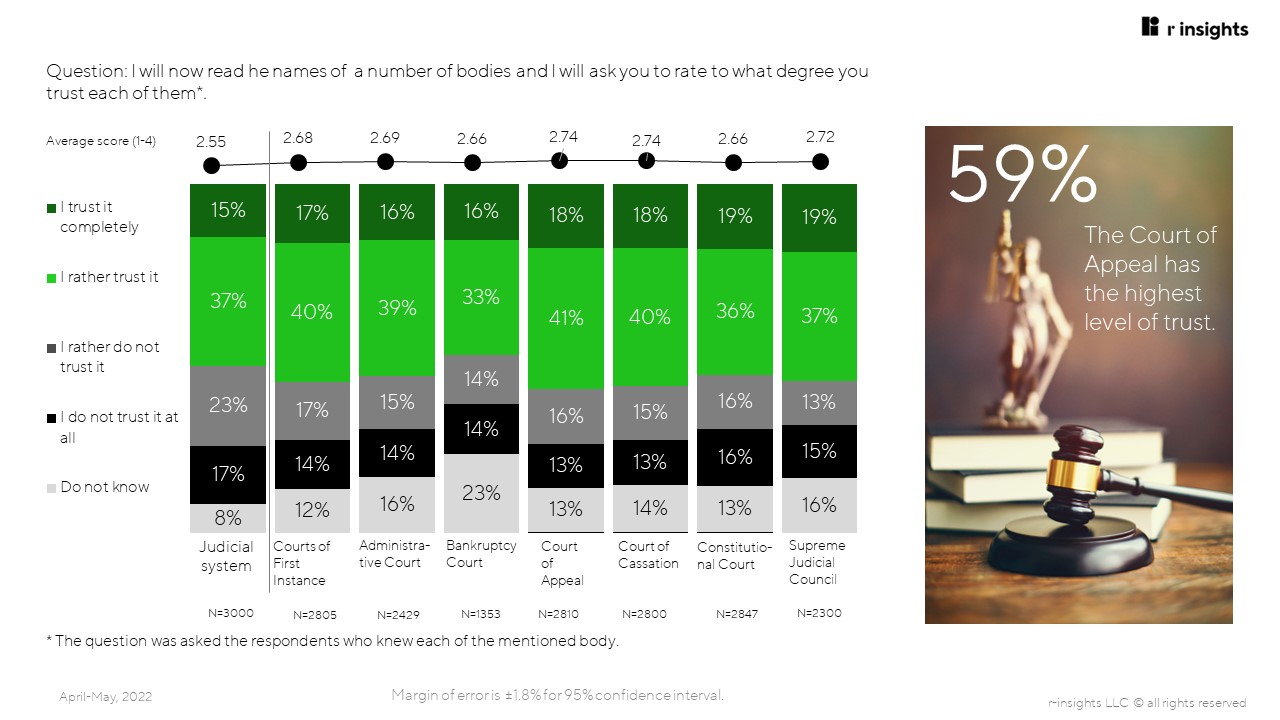 The highest level of trust (the sum of respondents who have mentioned "rather trust" and "fully trust") is observed among female respondents (55%), residents of regional urban (55%) and rural areas (61%), as well as among those without higher education (55%). Respondents belonging to older age groups and Yerevan residents tend to express more distrust in the judicial system than members of other groups. Groups with a higher per capita income per household are more likely not to trust the judicial system. These differences are statistically significant. 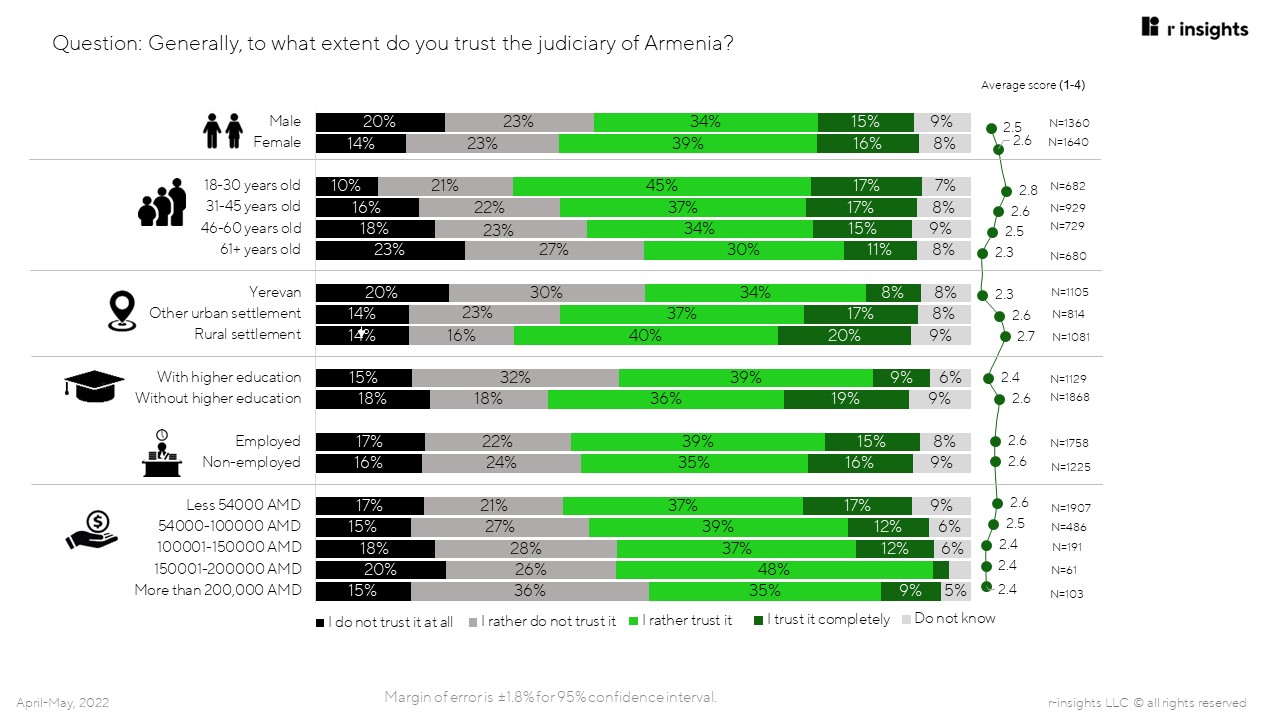 The figures show that the higher the level of awareness and knowledge about the judiciary, the lower is the level of trust. The level of knowledge was measured through seven statements relating to the key principles of operation of judicial system. 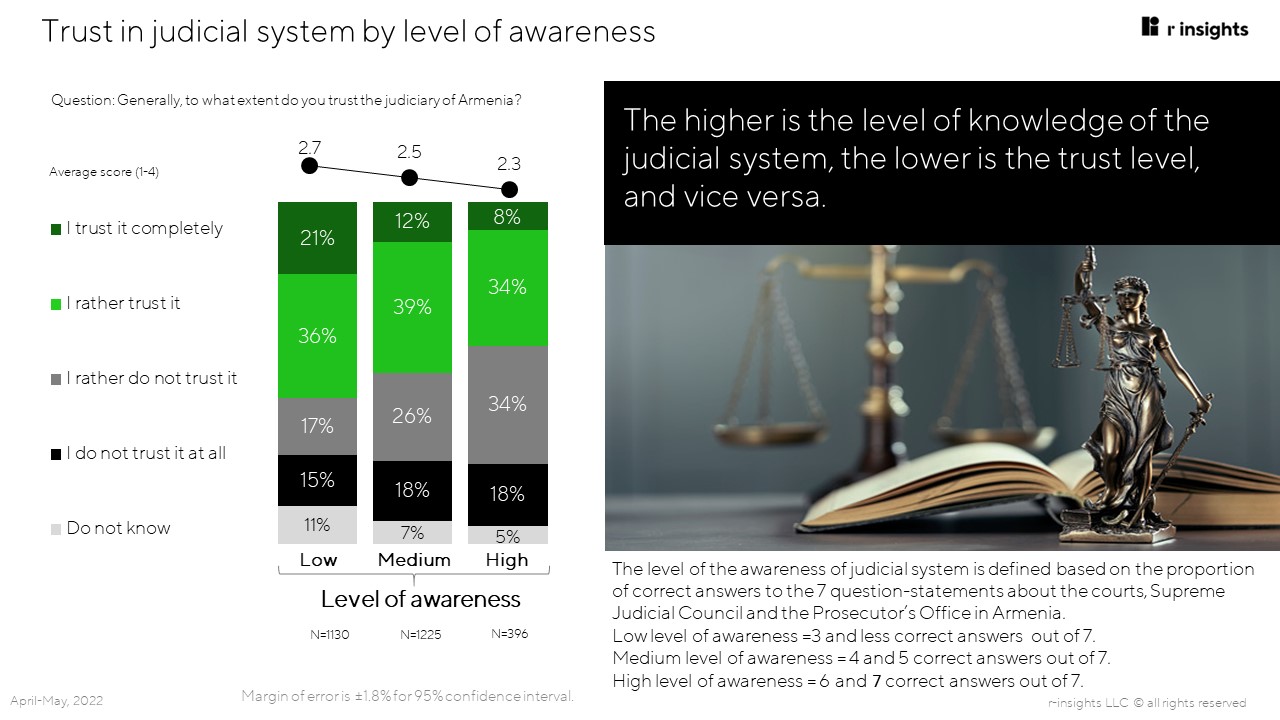 When assessing various aspects of the judicial system, the overwhelming majority of the respondents agree that:
•    officials can force judges to change their decision (62%)
•    people do not apply to courts because they have no hope to find justice there (61%)
•    In Armenia the one who is more financially secure wins the trial (60%)
•    In Armenia the Government can influence the court (59%).

At the same time, the major part of the respondents also believes that:
•    Information about the judicial system in Armenia is clear and comprehensible (55%)
•    In Armenia court decisions are usually well-founded (52%)
•    Human rights are always protected in the courts of Armenia (51%) 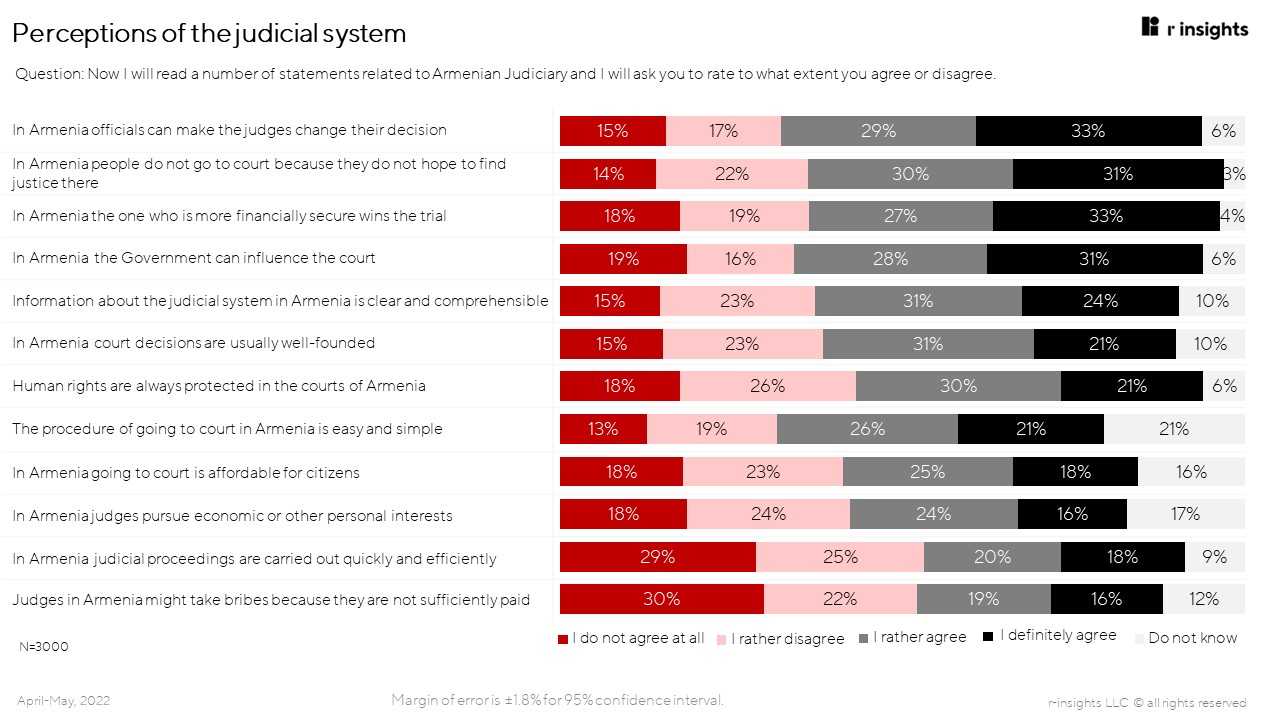 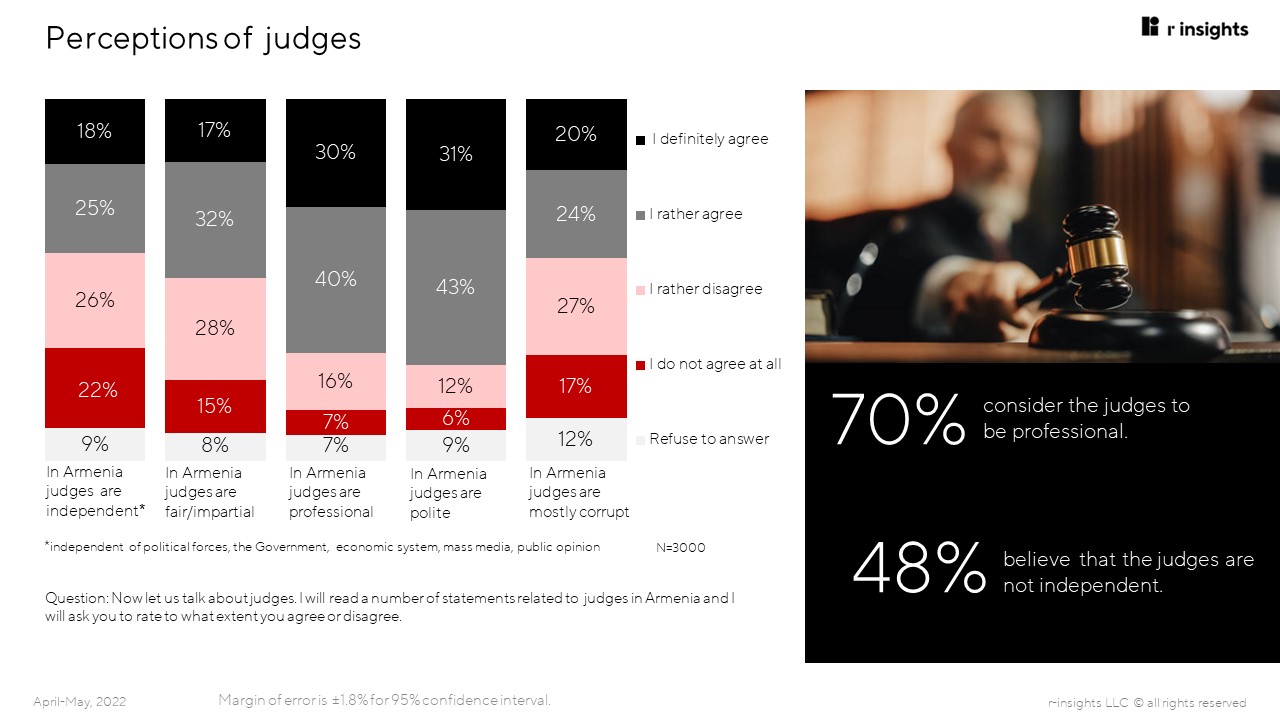 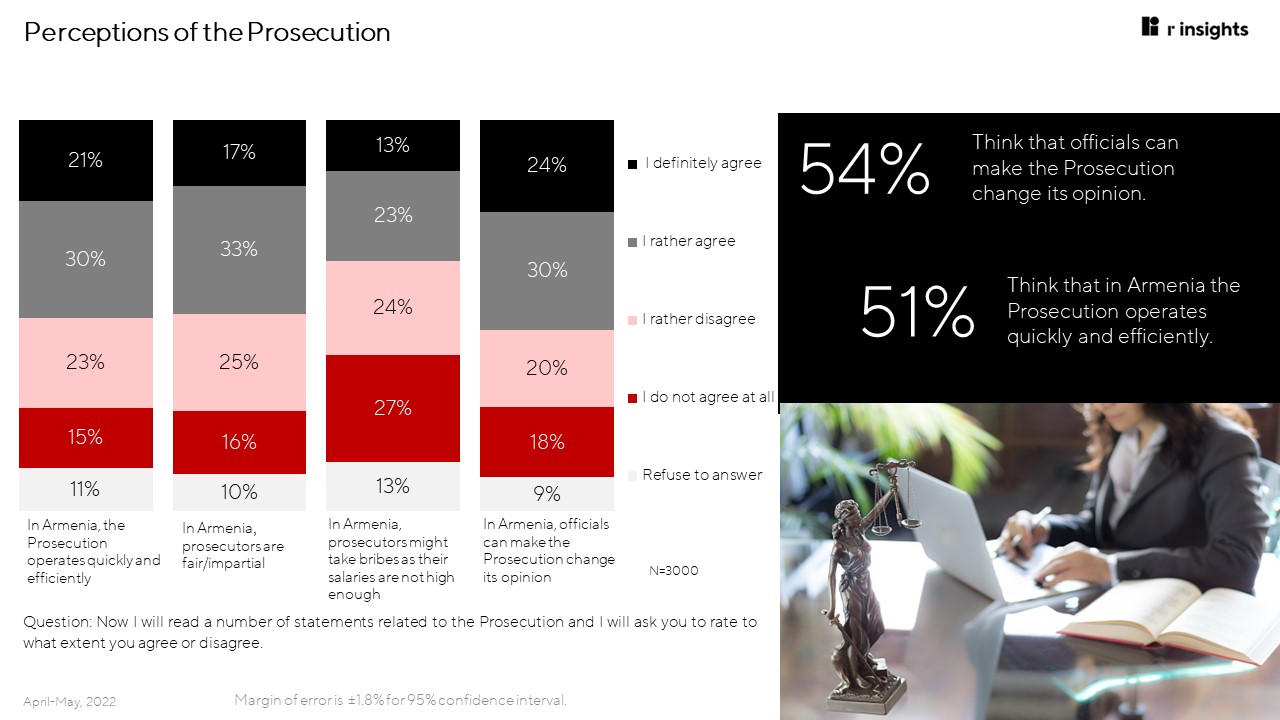 The majority of respondents, 80%, know that the Armenian judicial bodies must be independent from the Government. Most respondents also know that judges in Armenia cannot be members of a political party (74%), as well as that the Supreme Judicial Council guarantees the independence of judges (73%).
56% of the respondents are aware that judiciary has as much power as the legislative and executive branches, that is, they are informed about the basic principle of separation of powers.
Less than half of the respondents, 40%, know the procedure for appointing judges in Armenia.
The majority of respondents does not have a clear understanding of functions of the Armenian judicial system, as 71% think that the judicial system develops laws. The knowledge level is low also regarding the connection between Prosecution and courts, as 73% of the respondents find that courts are inferior to Prosecution. 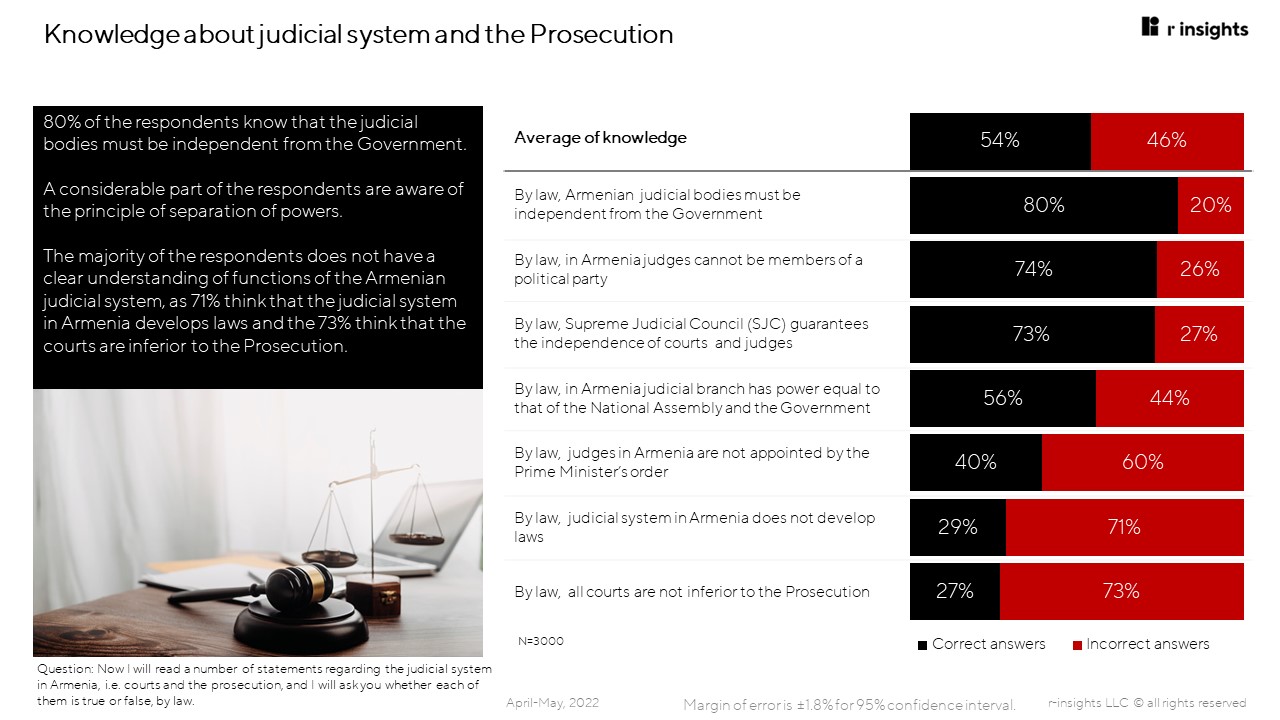 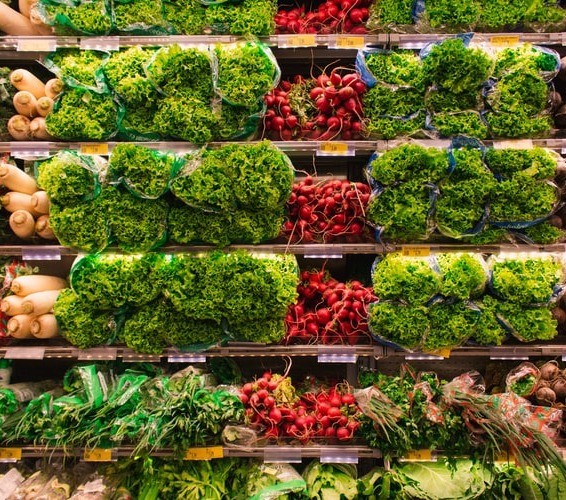 SBCC formative research insights were submitted to WFP in Armenia 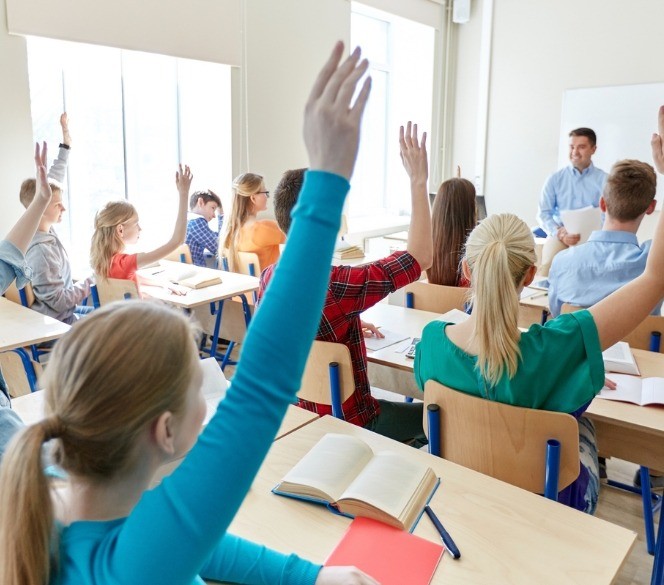 Results of experimental research were submitted to OECD

In 2019 R-Insights Research Company, in the scope of a contract with the Organisation for Economic Co-operation and Development (OECD), implemented a research project which aimed at evaluating the effectiveness of financial education seminars

If you have any questions or suggestions, leave a message and we will contact you.